The  Centre for Independent Studies has undertaken relentlessly thorough research to ridicule the 2012 grant of $26,400 towards the Mary Poppins Birthplace Statue as part of the Federal Government’s Tourism Quality Program. Not.

Sky-high grant for Mary Poppins statue was the headline and the opening sentence reads “How many spoonfuls of sugar will it take to help this news go down?”  The intellectual laziness shown in the “research” by the CIS Waste Watch was matched only by News Corporation’s coverage of the same material. In fact, not only did News Corp fail to fact check the CIS report but it couldn’t even be bothered to get the accompanying photo correct, using an image of the inferior statue from Ashfield in Sydney instead of Bowral’s elegant example of public art. Curiously the caption reads “A different Mary Poppins statue. Source: Supplied” In other words “We know this picture is wrong but we can’t be bothered to google for 30 seconds to find the correct one”. Too bad the CIS doesn’t run a waste watch report on journalistic integrity or competence.

The CIS also says “Apparently Bowral is the birthplace of Helen Lyndon Goff (pen name P.L. Travers), the fictional flying nanny’s creator.” Or apparently not. Ironically the Wikipedia hyperlink to P.L. Travers included by the CIS states quite clearly that the author was born in Maryborough in 1899 and that she lived in Bowral from 1907 to 1917. You might be forgiven for thinking the CIS would check its own source before including the reference…?

And no, News Corp, the statue is not located in the middle of Bowral but is situated in a park beside the present-day Bradman Museum, only a block from the still extant home that the author lived in with her family. This park was opened not long after the author’s family arrived in Bowral and she would almost certainly have played there with her sisters; a few years later the family of a very young Don Bradman moved into the same street only a few houses away and these two great figures of our sporting and literary history were neighbours for several years. For that reason, in part, the then chairman of the Bradman Trust Michael Ball AM led the selection panel for the sculptor and the current Trust chairman Maurice Newman AC showed support by purchasing a limited edition statuette to help with the fundraising.

Betraying its ideological bias, it appears that Bowral’s Mary Poppins statue was the only one chosen by the CIS from the 17 projects in that 2012 round of Tourism Quality funding that was held up for such gratuitous treatment; $26,400 was the  smallest grant and one of the very few, perhaps the only one, given to a volunteer-based community non-profit association: the Southern Highlands Youth Arts Council.  The other government grants in that funding round were given mainly to private (for-profit) corporations for purely commercial projects that mostly exceeded $100,000 each, but no criticism of those was forthcoming. Here is the full list  – see if you think our voluntary community project deserves the CIS and News Corp ridicule of government largesse by comparison with what many would view as “handouts” given to the private sector. When examined without the superficial bias displayed the CIS and News Corp, I suspect all those other projects would have many points of merit.

A bit more fact checking by CIS – or any at all – might have revealed the facts that this Federal grant only represented about 25% of the cost of the statue and that the remainder was raised by volunteers by public subscription via the sale of commemorative statuettes and other community donations. That’s almost three dollars from the community for every one dollar invested by the government. Or that this is the only Federal funding ever made in acknowledgment of one of the most popular Australian-born authors in our history. Or that two more copies of the life size statue have since been sold to a private collector for in excess of $200,000 and that those proceeds are being invested in much needed community facilities for youth and community arts (wanna bet our return on investment is exceeding the other private sector projects?). Or that the publicity and visitation generated by our volunteer community-based campaign over almost a decade dwarfs the grant in value expended, with more to come as it headlines a current tourism campaign . One example below that was reported nationally and internationally occurred when 2,115 volunteers gathered on Bradman Oval to break the Guinness World Record for the Largest Umbrella Mosaic in the Welcome Home Mary Poppins event. That aerial photo – again taken by volunteers – went round the world giving great tourism publicity to Bowral and Australia as many people learnt for the first time that Mary Poppins and her creator had these antipodean origins.

If anyone was wondering about the intellectual rigour that the Centre for Independent Studies or News Corp bring to their research, this example provides an interesting insight.

There are yet more magical surprises associated with this very special statue that make it unique.

And for the record, the erroneous image prominently splashed across News Corporation websites was of the statue from Ashfield erected in 2004. It cost a tenth of the one in Bowral and was mostly paid for by the municipal council but its quality is not high. The Bowral statue celebrating the locale where it is now believed the author first created the Mary Poppins character was indeed partly inspired by the Ashfield example but the provenance of our statue’s design, the fact it was life-size and that a national competition was held with an independent panel that eventually selected one of Australia’s finest sculptors, Tanya Bartlett, to undertake the commission puts this Bowral project in a whole different league from Ashfield. As did the official unveiling by the town’s children with the guest-of-honour, former NSW Governor Professor Marie Bashir AC CVO in December 2013 to commemorate the centenary of the author living in Bowral. 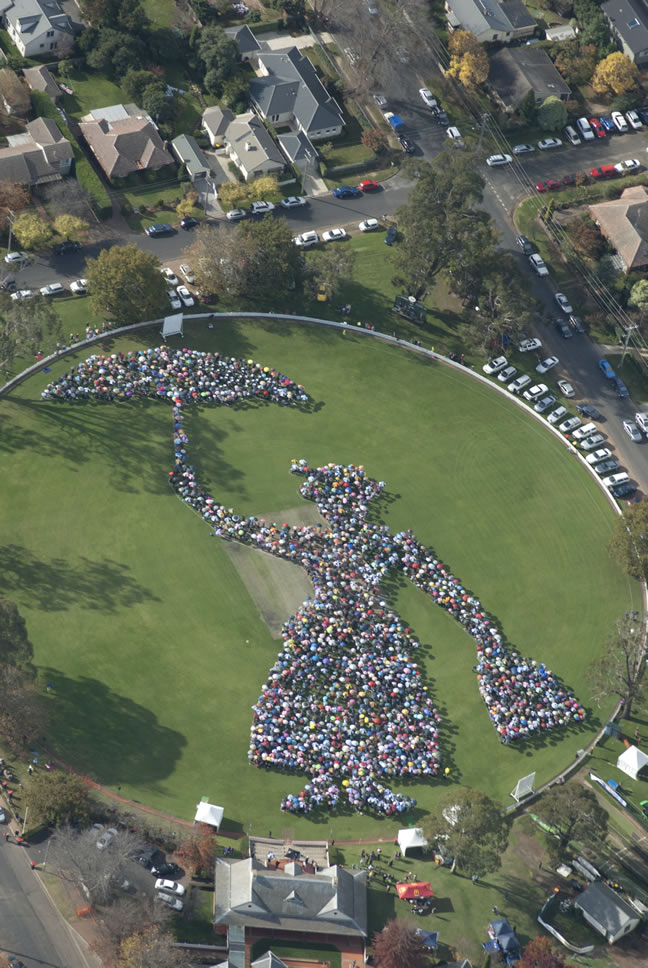